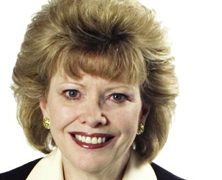 The Rebels of Ireland: The Dublin Saga, by Edward Rutherfurd

I began my career on the business side of New York Life. As time went on, I became interested in the business uses of technology and took a job in the company’s information technology area. Also, I began to observe how other managers led teams, and felt that one day I could do that, too.

Over time, I took on more and more responsibility and eventually became chief operating officer of the information technology department. This position gave me an indepth working knowledge of all areas of the company’s technology. It also prepared me for my current role as chief information officer.

When I look back and think about how I got to where I am today, a few things come to mind. At the top of the list are sincerity and fairness. I think that the vast majority of people at New York Life want to be treated with those qualities and also behave with those qualities in mind.

Bringing integrity to all that you do, a core company value at New York Life, is vital to succeeding. It’s one of the main reasons that people have done business with New York Life over the last 160 years. I’ve embraced that value as a standard of conduct, and I believe that future generations of New York Life employees will do the same.

To put it another way, you cannot separate performance and results from ethics. Trying to isolate them, or acting as if they don’t have a bearing on each other, leads to trouble. To me, this is a universal principle that provides a fundamental platform for personal behavior as well.

That said, you also have to demonstrate that you’re capable of delivering, and of doing so consistently. Although it may seem risky, volunteer for the most difficult assignments you can find to prove that you’re capable of taking on challenges and dealing with them successfully. When you do, people will notice, and you’ll often get the opportunity to take on more responsibility. Don’t shy away from the tough stuff. Business is a series of unpredictable challenges. How they’re handled tells you a lot about the people involved.

Last but not least, stick to your beliefs, and do not confuse this with being stubborn. People who maintain their beliefs while solutions are being developed have credence and authority.