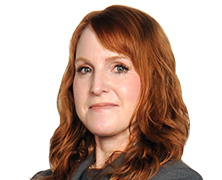 Quiet: The power of introverts in a world that can't stop talking by Susan Cain

You Deserve to Be Here

People love to give advice. Some of the most impactful words of wisdom I’ve received were from someone who has no recollection of the conversation: “Be careful who you take advice from.” I’ve been told by many well-meaning people over the years to keep pushing, do better, work harder, and of course, “Women have to work twice as hard as men to be taken seriously.” Message received!

But it is the few that told me to be easier on myself that made the biggest difference.

I’ve always been very driven, more from a fear of being the worst than from a desire to be the best.

I know I’m not alone in this mindset, particularly among women, many who have heard the same well-meaning words that I have. I’ve been very fortunate to have had role models who took the time to listen, who supported and encouraged me, who gave me the confidence to be myself, who recognized that I was already pushing myself more than I needed to be pushed, and who had the humility to share their own struggles and failures.

I remember arriving early to my doctoral thesis defense. I was alone in a conference room adorned with pictures of faculty members. It was an impressive group of accomplished researchers, none of whom looked anything like me. I remember getting choked up at the thought that I had made a terrible mistake—that my picture would always look out of place here. I’ll never forget the words of my adviser, “You deserve to be here.” I’m very glad I decided to listen.