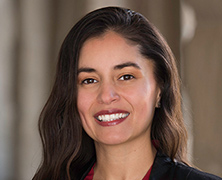 Wake up every day with a sense of purpose.

Wish I had time, goal for next year.

Hostess at a restaurant

These are words that inspire me shared by well-known entrepreneur and music producer, Dr. Dre. The interesting fact is that this is the intro to a rap song and the artist is a guy who grew up in Compton who started from the bottom and grew his success with a strong work ethic. The artist is the complete opposite from his mentor, aside from their mutual grit and unsurpassed work ethic. Still, his mentor took a chance on him and saw something that would flourish despite the many critics.

I play this nearly every day because work ethic is everything. I could have changed this to be gender inclusive, but this actually speaks volumes to the challenges women face in professional life. This statement could not be truer for women. I’ve always approached my career as having to prove myself by working longer hours and achieving more successful outcomes than my male counterparts.

All that said, my biggest opportunities were not just created by my hard work, good luck, and blessings. In fact, the doors opened for me were opened by leaders who believed in me and gave me a shot. Actually, they were all male leaders who took me under their wing and saw something in me I didn’t know was present. I, too, was different from them in many ways, except for our mutual work ethic.

That’s not to say there weren’t females who supported me along the way—my mom and grandma were my biggest fans and taught me the true meaning of hard work. There was nothing I couldn’t do in their eyes. But the reality is and was it gets lonely when you become a leader and one of few females in that space. I might have had more women giving me opportunities, but they had not arrived yet.

I’ve learned to seek out women who empower me, and we cheer for each other just as my mom and grandma have done for me for 41 years. One of the most powerful experiences I’ve had is participating in an all female triathlon in El Paso. Every competitor cheered for the others as we passed. I reflected and thought that if we could just do this off the course every day, more of us would finish with greater success, and it would be far less lonely when we do cross the finish line.

This second part of my career has been and will be dedicated to empowering other women, especially my daughters, in every aspect of life—and to appreciating those male leaders who embrace a culture of shattering the glass ceiling and even enduring some cuts along the way.