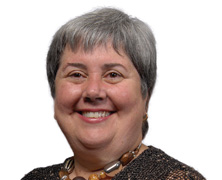 All that do good for others

In September 1982, I arrived at the White House to meet with former Senator Elizabeth Dole, then assistant to President Reagan for public liaison. I was a 27-year old lawyer from Miami selected as a White House Fellow.

In our first meeting, Mrs. Dole, my principal for the year, handed me a White House directory. She asked that I call each senior official, introduce myself, and ask if I could meet with them to learn about their work at the White House.

So many different concerns ran through my head: Why would any of these folks make time to meet with me? What would I say to the senior leadership? What if they did not wish to meet with me? Mrs. Dole asked that I meet with her every week and report on my meetings with the senior White House staff.

Excited to have my first assignment, I made the first few calls. What a joy! No one said NO. I never ran out of things to say at the meetings. The more senior the person, the more time the official made for me. I learned so much about the White House, the passion that leads folks to serve our country, and the challenges facing each of the offices serving the president.

In six weeks, I knew my way around the White House, understood the importance of coordination among those serving the president, and most importantly, could get things done for the Office of Public Liaison. I became a contributing member of Mrs. Dole’s team because I had built relationships that could help me get things done. Before long, I understood the key role that different stakeholders play in advancing the president’s goals and had at my fingertips a rolodex of Washington players inside and outside government who could advance the president’s initiatives.

I consider this advice among the most important I have received because it is valuable in every organization and at every level. The depth of the advice became clear in my career. Getting to know colleagues, appreciating their contributions and challenges, and adapting to the organizational culture, even as you work to improve it, are key to developing vision and implementing strategy. Failure to accomplish a goal is seldom the result of a poor strategy; often, failure results from inadequate implementation. Strategy implementation, while helped by structures and processes, depends on relationships built across interdependent departments, whether at the White House, the private sector or an academic institution.