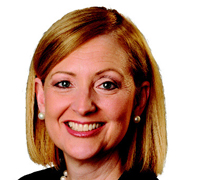 A passion for excellence grounded in values such as respect, tolerance, honesty and openness.

An Ordinary Life: A Global Journey of Self-Discovery, by my sister, Deborah Johnson (yet to be published)

In work, as in life, we learn in many ways—through books, experiences, even from talking to others. One of the most overlooked learning methods is mentoring. In the business world, most mentoring is unofficial and occurs between a supervisor and a subordinate. Reflecting on my career, one mentoring relationship stood out.

In 1979, after receiving an MBA from the University of Chicago, I went to work at ARCO, a global oil company in Los Angeles. For the next 20 years, I rose through the ranks. By 1998, I had become assistant treasurer. This turned out to be a critical time for both the company and me. ARCO began planning its merger with BP, and I was a direct report to Terry Dallas, the company treasurer masterminding the transition. We had worked together before, but now our efforts became more intense.

Dallas had thoughts as broad as a CEO’s. Every morning at 7, my phone would ring. Dallas would begin talking through his thoughts from the previous evening. Moving smoothly from point A to B to C, he drew out the consequences of various actions. His thoughts never stopped—he was always anticipating what was around the corner. Penetrating to the heart of issues, he easily persuaded others to follow the right course of action. Nothing was too small for his attention.

People listened to Dallas because he was authentic and he put everyone on a level playing field. He taught me to think strategically and relate to people. From him, I learned that work is not just a job—it is a way of being. I lost my fear of moving beyond the boundaries of my job—I began exploring strategic linkages the way Dallas did. Through becoming more open and authentic, my relationships with colleagues changed. People knew that I was direct, but honest. If I gave my word, they could count on my keeping it.

After ARCO’s merger with BP, I moved on to become treasurer of YUM brands and then CFO for YUM’s Kentucky Fried Chicken. In 2005, I became CFO of Furniture brands. Last summer, I accepted the position of CFO of ITT. Looking back, Dallas taught me the value of vision and the importance of authenticity and honesty in carrying it out.