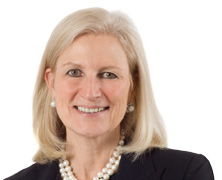 Give yourself fully to your endeavors.

After the usual babysitting and waitressing work as a teenager, my first paid professional job was working for a television station in Athens, Ohio, as a journalism major at Ohio University.

To be a leader in a global economy, the U.S. must inspire and advance a new generation of American scientists, engineers, inventors, and innovators. Without effective STEM programs, the U.S. will not reclaim its position as the engine of innovation and discovery. And without teaching K-12 students STEM-capable skills, the country will not produce the workforce necessary to fill the jobs its own corporations create; in fact, nearly all jobs will require some type of STEM skill.

In an international study of student performance, the Organisation for Economic Cooperation (OECD)—a forum that addresses the challenges of globalization—reports that U.S. students now perform at a level that is significantly lower than students in many other countries in both science and math. The U.S. now ranks 28th in math and 24th in science among 15-year-olds and 20th in the world for the number of 24-year-olds who earn engineering or science degrees. The U.S. ranks lower, for example, than Estonia, Ireland, Latvia, Portugal, and Slovenia, as well as the usual competitors.

The U.S. historically was the model for STEM, but now ranks lower than nearly 30 other nations in science and math education. It is especially troubling that gaps in both student participation and degree achievement vary broadly across demographic groups. It’s by now familiar that women are far less likely than men to pursue STEM degrees and that Hispanic and African American students are less likely than white students to do so. There is also a very large gap in STEM degree achievement between students from single-parent families and those from other family types.

These statistics underlie the Obama Administration’s support for the advancement of women in STEM careers. At a recent science competition sponsored in part by the White House Council on Women and Girls, President Obama observed that innovation in science, technology, and engineering has historically driven economic success, and that to keep a competitive edge, we must encourage students to aspire to STEM careers. As expressed in a May 1, 2012 White House press release, “[I]increasing the number of women…in [STEM] fields is critical to our Nation’s ability to out-build, out-educate, and out-innovate future competitors.”

The U.S. risks regressing in global competition, with an under-educated population that cannot meet the talent needs of its own employers. Collaboration among government, business, educators, and philanthropic funders for the STEM solution is critical. Working together and working smart, we can create an engaged generation of innovators and a skilled workforce that keeps worthy jobs here.