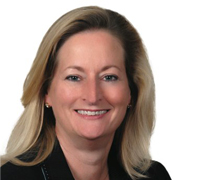 Sports (Spectator, player and coach of my kids’ teams)

An intelligent sense of humor is a great ally in virtually any situation.

A Short History of Women, by Kate Walbert; and Justice Older Than the Law, by Katie McCabe

While there is no formulaic approach for succeeding at a law firm, I believe there are two prerequisites. First, you must do the work well, meaning you must be willing to put in the hours, so you’d better love what you do. Second, you must develop your own style, one that plays to your strengths.

When I began my career almost thirty years ago as an associate at Milbank, Tweed, Hadley & McCloy, I was very self-directed. I had wanted to be a lawyer from the time I was in grade school, but I was altogether unfamiliar with Big Law life. (I grew up in an Adirondack Mountains town in upstate New York that was smaller than the law firm I joined.)

Bright but unsophisticated, I joined one of New York City’s oldest white shoe firms where I had a crash course in the mores of Manhattan’s legal elite, where everything from ordering a bagel in the office cafeteria to ordering something called a “closing-binder” for a project was a first. My peers had country houses and reminisced about their days at summer camp, both of which were foreign concepts to someone who had lived in a blue-collar town with more dairy cows than people.

At the time, I joked that the partners had hired me for comic relief. But in some ways, the things I didn’t know also helped set me apart. I didn’t come in with preconceptions about what it meant to be a woman in Big Law. I just assumed I would get a head by working hard. But equally important, I never thought to act like anyone other than myself. I relied on my strong sense of humor, often times self-deprecating, to complement my intelligence and work ethic. I earned the confidence of colleagues and clients by putting them at ease. I wasn’t pretentious, but I wasn’t timid. And if anything, partners and clients seemed to find it refreshing.

I’ve tried to carry that personal style forward through my career at other firms, including Dickstein Shapiro, where I’m now a member of the executive committee. Humor is still one of my favorite tools. I find humor allows me to be a better teacher and guide to young women entering the profession. It makes me more approachable, reduces the stress level and allows young lawyers to build their own self-confident style.