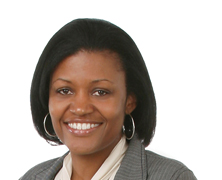 Embrace the truth and always value what you and others can bring to the table. Your circumstances will always change, but you are the one constant in all of your experiences, so regardless of your ups and your downs, never forget your value and always look for ways to improve yourself and your impact on those around you.

As a law school student, all of the female law firm partners I knew had well planned careers in which they first focused on becoming good lawyers (while routinely indulging in good shopping and occasionally in great vacations) before deciding whether to have children. I imagined myself following the same cosmopolitan and ordered path. True to plan, I joined one of Chicago’s largest law firms right out of law school, but my well-laid strategy had already begun to go astray: I found myself with an eight-month-old baby, a 6pm daycare pick-up that my husband and I juggled (with no extended family support), and a 2,000 hour billable requirement.

Within weeks of becoming a lawyer, I was struggling to balance everything while trying to ignore the voice in the back of my mind telling me there was no way I could pull it all off. I would like to say that the little voice was completely wrong and that I breezed through my first few years of motherhood and law firm life, but the truth is, the adjustment was difficult, and I was extremely self-conscious about my ability to keep up with my peers while being the mother I wanted to be. Despite the difficulties, I was committed to being a good mother and a good lawyer. It took a while, but eventually I learned I could not be all things to all people (at least not simultaneously). I began to focus on incrementally improving myself and those around me. I also surrounded myself with more senior lawyers who had the patience and foresight to see that, even though I was a work in progress, I had both loads of potential and a pretty good dose of present value.

Over the past 13 years, i have raised two boys while working full- and part-time, telecommuting, and driving as many as 100 miles round-trip to the office, as well as working (briefly) in-house and in law firms. In 2002, I joined Dickstein Shapiro as a lateral, and in 2006, I made partner. My time with the firm has provided me great opportunities to become a better lawyer and person. My colleagues also have supported me through major life transitions, including a divorce and a parent’s terminal illness. At times throughout my career, I have felt at the top of my game in lawyering, mothering, and just being me. At other times, i have felt out of balance. Regardless of the circumstances, I make a point of learning and growing. I think my greatest lesson from trying to balance the seemingly un-balanceable has been to always strive for improvement while remaining true to myself. For me, this means looking for and encouraging the best in myself and in others, because doing so inevitably leads to good resultseven if the path is not exactly what I had envisioned.