Partner and Chair of the Copyright, Trademark, and Internet Practice 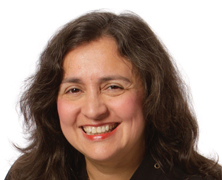 Home: A Memoir of My Early Years, by Julie Andrews

I feel very lucky to live in a time when there are so many more opportunities for women than there have been in the past, and i feel an obligation to help ensure a future of opportunities for those who come after me.

I was reared on stories of talented women forebears who accomplished a lot, but whose academic achievements were limited by economics and societal conditions during the times in which they lived. I particularly remember a key conversation with my mother, a phi beta Kappa college graduate and accomplished English teacher, who told me that when she graduated from college shortly after WWII, going to college was considered unusual for a woman—to pursue law, which she had an interest in doing, was beyond practical reach. Thus, one of the reasons that I was attracted to law was the idea that I could do something that previously had been essentially unattainable.

The debt we all owe to those who came before us was driven home to me even more when I became a lawyer and attended various awards dinners honoring women just 20 or so years older than me. Hearing those women talk about the discrimination they faced—often not being able to get jobs at law firms because of their gender—also made me appreciate where we are today.

But while I am grateful for the progress that has been made, I have also come to realize that the battles for equality have not all been won. In law school, the number of women and men in my class was close to parity, and the idea that women were somehow not as capable as the men was greeted with derision. Yet more than 20 years later, the number of women in senior positions at companies and firms is proportionately far less than one would have hoped for or expected. Given this reality, I feel that I should do what I can to avoid backsliding and to assist, when possible, in mentoring and promoting other women. This can take the form of co-authoring articles with someone, passing-on speaking engagements, referring business, or simply giving assignments to talented women. while these are just small steps, I hope that they will help create a future with even more opportunities than the present