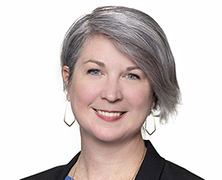 The Catalyst: How to Change Anyone’s Mind by Jonah Berger

Meals on Wheels of Central Maryland

The Glass Ceiling Has Been Cracked, but . . .

While many firms have significantly ramped up their DEI efforts to help address the ceiling, there remain significant challenges for women to break through that last hurdle. To progress in most law firms, you must have the ability to generate significant work for yourself and others. Corporate America is still largely white and male, and key referral sources look the same. This often results in many key relationships being controlled by white men.

Although the ceiling has been raised, and perhaps cracked, it still exists. It is critical for women and men to support women in their efforts to grow their network often by being intentional in selecting women professionals so that they all rise together.