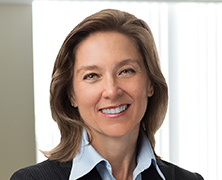 Working at a farm stand in northern New Jersey (it is the Garden State!)

This Is a Pivotal Time for Women

It is an interesting time for women in leadership roles. Politically, our country is still experiencing the divide of its last presidential election, where we saw the first female candidate of a major political party defeated by a man who many view as a misogynist. We now have a president who was elected despite the release of a video in which he described his sexual assault of women. This was followed by the #MeToo movement, the entertainment industry’s response to that election and its way of holding individuals accountable for their actions against women in the workplace. How that trickles down to women in corporate America and working-class roles remains to be seen. However, there does appear to be a move toward no longer accepting the old adage “boys will be boys” and brushing incidents aside as merely “locker room banter.”

In the years leading up to the election, corporate America had been pushing for more diversity and inclusion in the workplace through various initiatives. These initiatives were geared toward making the workplace more diverse and inclusive of traditionally underrepresented groups such as women, racial and ethnic minorities, and LGBTQ individuals. This led to increased opportunities for women to advance. These opportunities will most likely increase in response to the #MeToo movement. However, there is concern of a possible backlash against women. We will also most likely see the definitions of sexual harassment and misconduct refined through corporate HR policies and judicial decisions as individuals are held accountable for their actions.

Despite any potential backlash, women should position themselves so they are ready to accept the opportunities presented to them by diversity initiatives. How to do that gets back to the principles of hard work that we have all lived by and that we impart on all our young men and women looking to advance their careers—develop your skill set and your interpersonal skills, remember that face time and first impressions matter, be accessible, show up, present well, develop self-awareness, find mentors, and never stop improving.

Of course, creating initiatives is not enough. Diversity and inclusion initiatives have given women a seat at the table. We must ensure that those initiatives convert into positions of power and commensurate compensation.