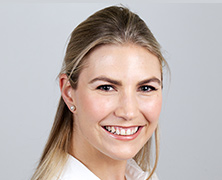 Center for Women & Enterprise, where I first worked out of college.

Women continue to encounter many obstacles in the workplace as leaders, as well as obstacles that prevent them from rising to leadership roles, from implicit and explicit gender biases to sexual harassment and other challenges.

To start, it’s 2018 and women still make less than men. And the wage gap gets worse for women of color. Some states, like Massachusetts, have implemented regulations that prohibit employers from asking what someone makes in the interview process to help combat these inequities, but more can be done. Employers can do more to ensure there’s no gender bias in a company’s recruitment, promotion, and talent development. As women, we should also encourage each other to seek out raises. Women tend to be very good at negotiating for their team, and not as good at negotiating pay for themselves. That personal advocacy is something we can help teach.

Working flexibility, or lack thereof, is another issue that disproportionately impacts women. Not all companies provide women with paid maternity leave, and if a woman takes a significant amount of time off, she may return to an increased wage gap. Flexible working arrangements are effective for companies to not only attract top talent, but also to reduce turnover and absenteeism, and support maximum productivity of employees at work.

I’ve been extraordinarily lucky to have strong female role models in my life, from my mother to my classmates and alums at Wellesley College. My first boss after college was a female CEO. However, of all the Fortune 500 CEOs, only about five percent are female, leaving aspiring female leaders with a limited number of role models. Furthermore, women tend not to receive the same level of sponsorship as their male colleagues. In order to become a leader, it’s critical to have sponsors that give you visibility within the company. And tout your accomplishments when you’re not there.

One of the most empowering things about being a woman leader is the ability to continue to promote diversity and help build an inclusive and safe workplace. I believe it’s our responsibility to promote diversity across not only gender, but also race, sexual orientation, gender association, and physical and mental capabilities.