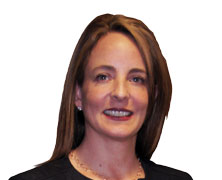 It’s important to develop the core skills and competencies of your people and empower them to make decisions; I truly believe that success in life is determined not by what happens to us, but by what we make happen.

Although women fill close to half of all jobs in the U.S. economy, they hold less than 25 percent of STEM jobs. This has been the case throughout the past decade, even as college-educated women have increased their share of the overall workforce. Because STEM has been male dominated for so many years, it can be intimidating and challenging to live in that culture. However, there are many possible factors contributing to the discrepancy of women in STEM jobs, including gender stereotyping, a lack of female role models, and less family-friendly flexibility in the STEM fields.

I would argue the largest contributor to the discrepancy is still early gender stereotyping. Gender stereotypes are unwittingly passed down from generation to generation. For example, well-meaning parents and family members often conclude at a very early age that their child is good at math, or not. They may self-reference and assume that if they were not good at science or math, then their child won’t be either. Many parents still hold the outdated belief that boys are wired to be better at science and math than girls, despite studies and numerous examples that prove otherwise. This early judgment persists and influences the child’s self-perception and behavior over time. Messages about what is appropriate based on gender are so strong that even when children are exposed to different attitudes and experiences, they will revert to stereotyped choices.

As the government supports various initiatives to foster passion among students, I believe special care should be taken to educate parents as early as preschool and kindergarten to the capabilities of girls, debunking old myths and giving parents tools and tips to help encourage, motivate, and support girls. Parental education should continue throughout the K-12 experience with recognition and celebration of female role models, including historic pioneers such as Marie Curie and Amelia Earhart, to modern-day heroes such as Red Burns, Susan Helms, and Antonia Coello Novello. And parents and students alike should be educated to the growing demand for STEM jobs in the U.S., types of careers and incomes possible, as well as facts that women with STEM jobs earned 33 percent more than comparable women in non-STEM jobs.

Although there is not an easy or simple solution to the gender gap within the STEM program, and much is arguably being done already to address gender gaps and differences, earlier parental and family education is key. And, for those entering college, if you’re interested in STEM, this is a field you can be very successful in. For me, as an entrepreneur, it’s important that other women who are in STEM see that they can run a company. There are hurdles and challenges, but more than anything there is opportunity.