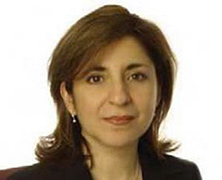 “To do good to all and harm to none.” –On Duties, Cicero

Essays of Ralph Waldo Emerson, the philosophical writings of Niels Bohr, and The Seven Pillars of Wisdom, by T. E. Lawrence

As leaders, we have a unique opportunity to dispel the cynicism that dominates the post-Enron era. Character does exist. It does, in fact, permeate throughout the global business community. Proving our character in the midst of what many believe to be a characterless, commercial world is the responsibility of the chieftains of business today.

Unsung heroes who rarely make the newspapers are all around us, often in unexpected positions and without institutional power. Integrity does not sit exclusively in boardrooms.

Personally, I have had the privilege of learning the most valuable lessons of business from people who never even knew they were mentors. These leaders led by example, uncompromising and relentless in their pursuit of what was right. They just happened to be in business. Indeed, they could have been found in law, religion or academia.

One was Terry Adderley, former chairman of Kelly Services, who for 50 years breathed the life of his mentor, William Russell Kelly, into the DNA of generations of the industry leaders who followed him. Now the wisdom of both resonates throughout the organization in a sort of spiritual patina.

Another was businesswoman Sheila Prentice, former vice president for Olsten Staffing Services. After two decades of retirement in Houston, she still can commandeer those of us who worked for her. Twenty years later, we still gather to hear her voice and seek her advice on life.

Such is the influence of those who are authentic guides of life. As mentors, we remember that many people are affected by the decisions we make and the things we do—even the small things we do, especially the small things. We are reminded of the wisdom of Mother Teresa, another great mentor for the world, when she said, “We do no great things; only small things with great love.”