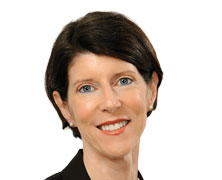 When I was very young, my father gave me a ring inscribed with four initials—TLLC, for truth, love, loyalty, and courage. I still wear that ring every day as a reminder of the importance of those basic values.

When we read about restrictive and oppressive situations for women in other cultures, it is sometimes tempting to impose western culture views of education for women. Yet if our goal is truly to improve the lot of women, teaching women in other cultures to be Western is unlikely to create real change. Given the different societal perspectives, for example, between Islamic and Western cultures, it is unlikely that insisting on educational norms based on Western values will have much lasting impact. Indeed, attempting to advance women’s education by imposing Western values may well cause a societal backlash and make education for women even less accessible.

Instead, lasting improvements in women’s education are far more likely to come from values inherent in their own cultures. By encouraging and facilitating the efforts of women to move forward in a manner consistent with their own societal values, we may help them advance in ways that are respected by even conservative forces around them.

This route to change requires greater sensitivity and respect for other cultures than simply dictating the adoption of one’s own educational values. However, I believe this kind of intercultural respect is the best way to advance true acceptance of women’s education. There is evidence that this kind of educational growth from within is in fact occurring. For example, through a neutral interpretation of the Quran, Islamic feminism has begun to open new educational avenues for women. In Isobel Coleman’s Paradise Beneath Her Feet, she explores this movement: “Islamic feminists are now combing through centuries of Islamic jurisprudence to highlight the more progressive aspects of their religion. They are seeking—and finding—accommodation between a modern role for women and the Islamic values that more than a billion people in the world follow.”

Of course, it is important to foster the pursuit of education for women worldwide and, in doing so, attempt to create greater global equality in women’s education. In the end, this will result in greater good for people of all societies and cultures. As Coleman puts it, “economies cannot prosper without the full participation of half the population.” However, in pursuing the goal of greater global equality in education for women, we should seek to foster and nurture existing cultural roots that can ultimately grow a sound and lasting foundation for women’s education, society by society, and culture by culture.