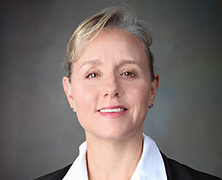 Life has a lot of challenges; take personal responsibility for my own actions; avoid victim mentality.

“No” Is for Other People

When I joined the U.S. Air Force, I was told that a 5’4”, 110 pound woman would surely not be admitted to the elite Survival, Evasion, Resistance, Escape (SERE) program, which teaches air crews and special forces the survival techniques needed to stay alive and return with honor when they are forced to evade capture behind enemy lines. “No?” I said. With hard physical and mental training, I was admitted and eventually became a SERE instructor.

When I applied for a position at the U.S. Department of Energy National Training Center (DOE NTC), which trains teams that implement physical security at facilities that house sensitive or radioactive materials, I was told that they only hired men with extensive military and firearms experience. “No?” I said. I pursued the advanced training required, got the job, and became the lead instructor and instructional systems designer for the DOE NTC. I am proud that the training I developed helped advance the security techniques and safety of hundreds of federal and state law enforcement organizations.

The next position I sought, with Sandia National Laboratories, was the longest long shot of all—only one position, and it wasn’t even open at the time. “No?” I said. I met with the manager and made a list of job requirements. Then I trained and worked to check the items off that list, and I sent emails to that manager after each success. When the position opened, I was the first person called. I served as Sandia’s security systems and technology training project lead for the U.S. Navy Strategic Weapons Facilities Physical Security Engineering programs for both Atlantic and Pacific fleets, where I was honored to develop and lead training for U.S. Navy and Marine security forces.

Today, I work at Sandia as a subject matter expert and course developer in multiple physical security disciplines, and lead the National Nuclear Security Administration’s Security Training and Risk Analysis functional team. I feel blessed to play a role in national and international nuclear security, and to help make the world a safer place.

My advice to young women is this: never take “no” for an answer. Never let someone else hold you back. Put in the work and get the training you need to pursue your goals. Your success is a direct result of your efforts. It won’t be easy, but “no” is for other people, not for you.