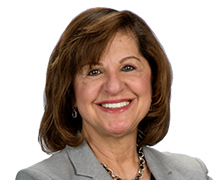 Live every day to the fullest because you don't know what tomorrow will bring.

A Gentlemen in Moscow by Amor Towles

Hoping Response to Sexual Harassment is Different This Time

When news broke about allegations of sexual harassment by Harvey Weinstein two years ago, and the #MeToo movement exploded, I found it difficult to believe how little has changed over the last three decades. As we continued to learn about sexual misconduct by notable and “reputable” men from not only Hollywood, but also academia, corporate America, government, medicine, sports, law, and other industries, the voices of the #MeToo movement grew louder and stronger. The question is, how effective will the movement really be in eradicating this social plague?

More than 25 years ago, I was part of an investigative team looking into allegations by sports reporter Lisa Olson. She claimed that a number of players had sexually harassed her in the New England Patriots locker room. After our investigation confirmed that Ms. Olson had been sexually harassed, and that management had failed to respond appropriately, the National Football League fined both the organization and the players involved.

A year later, during Senate Judiciary Committee hearing considering Judge Clarence Thomas for a seat on the U.S. Supreme Court, Professor Anita Hill described how she had been sexually harassed by Thomas when he was her supervisor at the Equal Employment Commission. Again, there was a media frenzy and laws were passed requiring employers to implement sexual harassment policies and conduct employee training. All these years later, we see that their efforts were largely ineffective. So, what’s different now?

In working with employers and speaking on this topic, I have found that the impact of recent revelations of sexual misconduct at work has been significant. Powerful and famous men have been fired or forced to resign, and wealthy business owners have been pressured to step down. Claims of harassment and abuse are being taken far more seriously. And finally, anti-harassment policies and training are focused on establishing a work environment that emphasizes respect, values, safety and employee empowerment.

The important lesson from 25 years ago is this: We cannot assume the #MeToo movement will have the lasting impact it should. I hope that this renewed focus will lead to significant progress, and that both women and men will continue to speak up to ensure that we do not repeat this cycle. I believe and hope that changing demographics and the expectations of our younger generation will result in a change in attitude and work culture… and this time, one that will last.