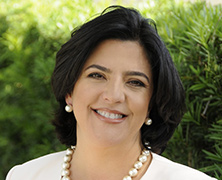 Lift as you climb

Lord of the Rings by J. R. R. Tolkien

Think You Know What Women Want? Try Asking Them

Too often, unconscious bias—rooted in personal experiences and societal norms—is used to make choices for women in the workplace without their knowledge or input. For example, a manager might not consider a new mother for a new and challenging role, because he assumes she wants to spend most of her time with her child, when that is not her personal preference. Not only does unconscious bias impair individual women by denying them opportunities for career advancement, it harms the workforce as a whole.

Many times, this type of bias can stem from good intentions and trying to be supportive and helpful. However, its consequences can have the opposite effect by not allowing women the same growth opportunities as their peers. Opening a two-way, transparent dialogue, asking working women what they want and allowing them to decide what’s best for their career is the first step to resolving this issue.

With my Hispanic upbringing, I have experienced personal, familial, and societal bias, and pressure to parent in a particular way. I’m mother to a seven-year-old son, and I had a great time bonding with him during my maternity leave. But after a while, I began to long for my work and my career, which came with a sense of guilt that caused me to question myself. Ultimately, I knew that to be the best mother I could be, I had to do what was right for me, so I went back into the workforce and found a nanny for my son.

Fortunately, EY is a supportive environment and offers many resources to help colleagues through all life’s milestones. As my son gets older and understands my career and related choices, and the impact it has had on our lives, I truly believe he will be a better husband, father, and man for having been raised by a happy, successful, working mom.

Allowing women to be the drivers of their own careers is the right thing to do, and it has real business impacts. According to 2016 research from The Peterson Institute for International Economics and EY, an organization with 30 percent female leaders could add up to six percentage points to its net margin. Odds are, some of that 30 percent will be mothers, which offers companies an opportunity to maximize business results by supporting women through their career trajectories. Before you make assumptions about what women want, ask them. And let them tell you.