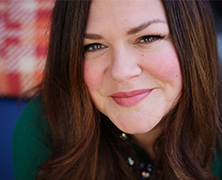 Britt Dougherty of MillerCoors has made a name for herself in the male-dominated beer industry by winning female drinkers.

As senior director of marketing insights at America’s second-largest beer company, Dougherty has shed light on the women who consume more than 17 billion bottles of beer annually. That is about 25 percent of the market. She’s a leader and innovator in the beer business, changing how the company communicates with consumers.

Dougherty’s insights have led to an innovative marketing approach that connects all of today’s consumers. She has dispelled myths about marketing exclusively to male consumers, or that women don’t like beer.

Being a female marketer for a traditionally male product has provided her an opportunity to teach others about modern gender. As part of her work, she spearheads MillerCoors initiative aimed at being more inclusive of females in the company’s marketing of beer brands. The results of her research and leadership are evident in the recent Coors Light Climb On campaign, which highlights men and women equally.

Making beer gender-friendly could expand the market and add about 5 million barrels over the next five years to company sales. Her colleagues say she’s provided a refreshing departure from the sophomoric humor that has long been a part of beer advertising. The industry has taken notice, as she was named to Advertising Age’s 2016 list of Women to Watch.

Dougherty has spent her entire career in market research. In her seven years at MillerCoors, she’s climbed the ladder just as she has at every organization she has worked. At MillerCoors she has served as manager of the Coors Family of Brands, senior manager of Premium Lights, and director of Brand and Consumer Insights.