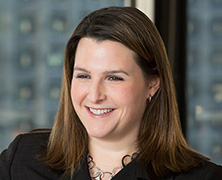 Good communication is the basis to solve all problems.

Cozy mysteries to distract from the daily news

How We Can Increase Diversity in STEM

We can continue to implement the cultural changes that have already led to increasing diversity, such as identifying the systemic privileges that have long been attached to the stereotypical male engineer, lawyer, etc. It took a lot to recognize that there was gender or racial bias at the subconscious level and to acknowledge that white male privilege is real—not something that can be brushed aside as a “gender or race card” that’s been played by the disenfranchised. This recognition that different perspectives exist—and are valuable—has been the turning point in embracing diversity in the field. Just because it’s the way it’s always been done doesn’t make it the only or right way.

The biggest challenge to addressing most problems is recognizing that there is a problem. Over the last few decades, the STEM fields started embracing the value of different perspectives rather than just numbers. It’s not about simply leveling the field, it’s about identifying opportunities lost by silencing or ignoring contributions that diverse voices bring to problem solving.

The gender gap received a lot of media coverage, but it took time for it to become a cultural norm to embrace the real value that different perspectives and problem-solving skill sets bring to the STEM community. In the 1990s, the call to move against traditional standards of perspective, and respecting and validating alternative experiences, was frequently dismissed as “political correctness.” Now, dismissing something as politically correct, or even just “political,” has become less acceptable.

As we continue to normalize gender equality in STEM, the real win will be not identifying someone as a woman in STEM but just as an person in STEM. The diversity of voices will be an entrenched value, and it will be understood that diverse research teams benefit problem-solving and scientific inquiry.

I’ve experienced a great, supportive community of women in STEM. When talking to women 10 years junior to me, I appreciate how different their experience has been. We’re on a really hopeful and inspiring trajectory. People are continually striving to make things better across STEM—and in the legal profession—with new solutions to a host of challenges. My own firm recently implemented a gender neutral parental leave policy, which no company would have thought about 10 years ago.