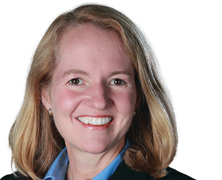 Supporting the activities of my girls, running, reading, traveling

Too Big to Fail, by Andrew Sorkin; The Big Short, by Michael Lewis; At Home, by Bill Bryson

Salesgirl at a jewelry store

You have to find inspiration. It doesn’t come to you. Growing up in rural South Carolina, I never met college professors, scientists, CEOs, or artists. Although a supportive family and loyal friends surrounded me, not much was on the doorstep. I sought out challenges where I could in school, on the tennis court, volleyball court and track. I found inspiration in fiction, music and competition. I imagined a journey to surround myself with diverse people who had a similar thirst to learn, innovate and make a difference. I pushed myself to believe that this journey was in reality just another challenge that growing up I worked hard to prepare myself for.

At the time, I was not sure where the journey would take me. There was always a destination, but I placed more emphasis on the path than the endpoint. I came to understand that smart, motivated people inspired me; I needed them all around me to help find the way. These people have shown me that one is never finished learning and that constant learning requires an open mind. Bringing people along on the journey required me to become a leader with a vision to inspire others.

Role models were essential to imagining the destination. My first role model was my father, who congratulated me on my successes along the way, but was able to push me to create something with my life. He inspired me to believe that my world could be larger than a South Carolina town if I was willing to work for it. A middle school tennis coach inspired me to think about a career, and that girls could be as tough and competitive as boys. Continuing my education became a necessity, rather than an option.

The goal of continuing my education was not laid out and neither was the path taking me there. Instead, my academic degrees became an almost eight-year journey fueled by the motivated people around me and the opportunities ahead. This has continued in my career, where organizational level has never been as important as learning and the ability to influence.

Albert Einstein said, “Learning is not the product of schooling but the lifelong attempt to acquire it.” But while I have been inspired by role models and the desire to learn, it is inspiring others that, ironically, has become a remarkable source of inspiration. Einstein also said, “Success is one percent inspiration and 99 percent perspiration.” It is no surprise that hard work propels the journey forward.