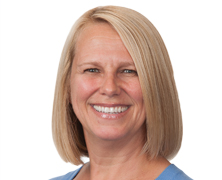 Conversations with the Universe: How the World Speaks to Us, by Simran Singh.

My family was financially challenged. I could have resolved for an inexpensive college or to stay close to home. I didn’t. I wanted to attend Clemson University. I never believed that I couldn’t. I had the help of scholarships and loans. I participated in the work-study program. It was difficult, but I made it happen.

At Clemson, we interviewed for post-graduate jobs in the fall of our senior year. I was not the smartest in my class. Two of my best friends, also accounting majors, had better grades. I did not let that hinder my confidence. I worked through college and interacted with professors on campus. Others did not. I believed I was the best candidate. Others did not display the same self-confidence. I applied to two of the Big Eight accounting firms and was offered interviews at both. My friends were not offered any interviews, proving it takes more than grades.

At Price Waterhouse, I was fortunate to interact with people at every level. This included partners and CFOs of large companies, as well as entry-level accountants.

I joined South Carolina Federal Credit Union in 1994 as director of Internal Audit. After two years, I became CIO. Most recently I became president of our subsidiary. My direction is to grow existing business lines and develop new ones. In asking how I was able to achieve this, my answer is simple. First, never ask others to do what you would not do yourself. Secondly, teach others and then empower them to use that knowledge. Thirdly, as long as it is not detrimental to the organization, allow others to do things their own way, even if it is not what you might do. Finally, believe you can do anything.

I strongly believe in giving back to my community. I have been involved with many nonprofit organizations. One of the most rewarding was my service with the Junior League. I used my education and experience to support an organization that provided volunteer hours and financial support to charitable organizations throughout Charleston.

Is there a role model who has had a profound impact on your career and/or life? What did he/she motivate you to do? My high school English teacher, Will Felts, encouraged me to use my intellect to progress in life. He also introduced me to wonderful books that allowed me to explore worlds I might never see but could experience just the same.

There was only one place where I felt discrimination. It was an engineering company owned and managed by men. I was asked to continually take on more responsibilities. However, when a superior position became available, they chose to hire a man from outside the company. I was not even offered the ability to interview. I decided to leave that company.

Set goals at every stage of your career. Focus on ways to achieve them. Learn to overcome obstacles. Don’t think you are too important for anyone or any task. Above all, be positive.