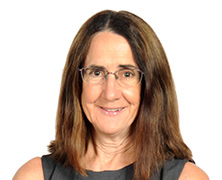 Reach for your goals.

Science in the Service of Mankind by George A.W. Boehm and Alex Groner

My personal essay has the overarching theme of mentoring and elevating professional women in the science and engineering fields. Having broken a number of glass ceilings during my professional career, it has been my motto to keep opportunities open for other women and to extend a helping hand.

It was alarming to be the “first woman” in a number of impactful moments during my career:

In response to these experiences, I have made a concerted effort to reach out to fellow science and engineering women to make improvements and provide opportunities. The following are examples of my activities, past and present:

It is my charter to continue to be a leader for women in the science and engineering fields.

In closing, I take great pride on a personal level in having raised a bright and caring daughter, who received a biochemistry degree from Cornell University and is now working toward the discovery of ovarian and other cancer fighting drugs in the pharmaceutical industry.