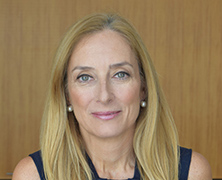 As a respected leader in the globalization community and a senior director at NetApp, Anna Schlegel leads a 180-member engineering team in nearly 20 countries.

Schlegel has worked on globalization teams for two decades and presented the globalization engineering vision inside NetApp. She drives technology innovation and under her leadership, NetApp has products in multiple countries in their native language and untapped revenues via various programs she has envisioned.

Among her numerous roles, Schlegel chairs the company’s 900-member Women in Technology group, where she is routinely tapped to mentor and participate in workgroups promoting women in STEM. She recently kicked off the company’s US2020 program, that is dedicated to supporting kids in STEM. She’s also active in the Council in the Silicon Valley to drive change in STEM.

Schlegel is co-founder of two nonprofits, Kenya’s Imagine Educating Everyone that helps girls remain in the educational system and Women in Localization, that has about 3,000 members in 10 chapters around the world. She is a sought-after keynote speaker on technology innovation and the author of a recently released book, Truly Global.

In the words of Anna Schlegel:

Where do you see women in STEM in five years?
“As long as we remain steadfast in prioritizing and investing in women’s programs and compelling girls and women to be proponents of growth in our economies, I am convinced that women will take the lead in STEM.”

What barriers are in the way to closing the gender gap in STEM?
“Unconscious bias. Not having role models. The low percentage of women in technology having to work extra hard to stay in highly competitive environments. Train men to include and invite and sponsor women to sit at the table. Lack of CEO program of inclusion.”

What can be done to move women forward in STEM?
“Pair sponsors with women. Train on unconscious bias, monitor performance plans, put retention plans in place, and consider women for succession planning.”

Where do you see women in STEM in five years?
“With more diversity; in more schools for underprivileged kids; more fun and inclusive; not just about coding; and better explained to parents.”

Describe your experiences as a woman in a STEM:
“As a woman in STEM you need to be as competent as anyone else. If you are a mom, you need to prioritize and make choices. You can choose to not take calls at night a few nights a week. As a woman in STEM it is important to learn about WIT in your own organization and volunteer. You must bring the next generation in. You must pull the next leaders in. You need to practice balance. Eat well, sleep enough, choose a few things that give you joy. You want to stay connected to your industry and keep learning from your peers. You can start an organization, a lean in club. You can volunteer at your children’s school. You can work with HR to put programs and goals together. Learn what is already being done and how you can contribute. But do not stand silent. This is an all hands-on deck situation. Our mothers dreamed of us having these jobs. We are it now. We need to deliver and leave it better than what we found.”