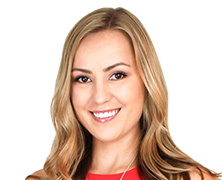 “A journey of a thousand miles begins with a single step.” –Lao Tzu

The Great Alone by Kristin Hannah

Assistant to the management board at the bank

Don’t Let Fear Keep You Out of the Game

When was the last time you failed? Chances are, if you’ve achieved success in your professional life (and I think you have if you’re reading this), you can think of a few occasions. You’d probably say it made you stronger. You learned a lot about yourself. You wouldn’t go back and do anything differently. But for those of us who are not natural risk-takers, failure can often be enough to deter us from following our dreams, applying for a new role, or asking for that well-deserved raise or promotion.

When I first started my career, I worked tirelessly to avoid failure. As I progressed, I worked hard because it was what was required to be successful in my role. Now—a few years, a few countries, and a few industries later—I work hard because I love what I do—with all the failures and successes along the way.

I firmly believe that fear kills more dreams than failure ever will—and being afraid to fail is not a trait exclusive to women. So why do we only apply for a job when we meet every qualification? Men apply for jobs when they meet just 60 percent. Is it because women tend to be perfectionists—a trait that can fuel our success and fear simultaneously? Maybe. Or maybe it’s just human nature to fear the unknown. Regardless, women and men shouldn’t shy away from a challenge—personal or professional. The only thing to be afraid of is not trying at all.

Things might not always go the way you planned, and you might not get everything right the first time, but you can’t let the fear of striking out keep you from playing the game. Have faith in yourself, learn from your mistakes, lean on your support system, and take the leap.