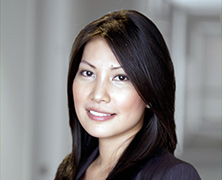 I always strive to think about how I can be of help to others. The world can always use a little more kindness.

IBM and the Holocaust: The Strategic Alliance between Nazi Germany and America by Edwin Black

A candy striper (teen volunteer) at a hospital in New Jersey

I was 11 years old when I first immigrated to the United States from the Philippines after years of separation from my mother, a skilled critical care nurse, who was recruited years prior by a hospital in New Jersey. I won an impromptu class spelling bee on my first day of middle school, was promoted to the next grade level in a matter of weeks, and obtained high marks in my classes, including English, for the remainder of the year. Yet I regularly faced questions about my comprehension and proficiency in the English language, sometimes harshly. I was constantly judged by how I looked instead of the quality of my performance.

This pattern persisted through the years. In law school, I participated in a clinic that offered free legal services to indigent litigants. A prospective client objected to my involvement because, “no offense,” but women were not effective advocates. Oftentimes, the gender and racial bias have been implicit. For instance, I have been frequently mistaken for an interpreter or for other Asian-American colleagues with whom I shared no resemblance. Many have assumed that I have a high degree of competence in math and science. My [Asian] inscrutability has even been the subject of passing comments.

I was initially weighed down by insecurities that were magnified by these experiences. As I matured, however, I learned to engage in direct, meaningful discussion aimed at reducing gender and racial bias through education, open dialogue, and empathy. It is critically important that women in my position find time to mentor other women, particularly women of color, who are just beginning to navigate the legal profession. This recognition is especially important, because it provides a platform to put a spotlight on these pervasive but often overlooked issues.