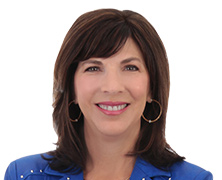 Challenges are opportunities for a new lens to see the world, a new door to open, and a way to inspire others to ignite positive change.

hostess at McDonald's in Erie, Pennsylvania

The Power of the Gender Multiplier Effect

To overcome the inequalities they face, I believe women need to lift up other women.

And, I have experienced firsthand how employing the principles of the gender multiplier effect can systemize this advocacy narrative.

While living as an expatriate, I witnessed many complex social, environmental, and economic challenges women face around the world, and came to understand the gender multiplier effect and its importance on achieving greater economic growth, healthier families, and the elimination of poverty. The multiplier effect describes what can happen in an economy or a community when what seems to be an irrelevant factor is changed and, consequently, an even greater change takes place. The economic empowerment of women is one of those factors.

I met Connie Han in 2012, while working with a nonprofit organization whose mission was developing leadership capacity for university women in rural China. Connie had never been outside her province, one of the poorest in China. However, she knew moving to Shanghai would provide more economic opportunity. I offered to bring her to Shanghai for a job shadow experience where she embarked on many firsts—first flight on an airplane, navigating the world’s largest subway system, and visiting multinational corporations. This experience was a multiplier effect that resulted in her economic empowerment as the leader of a sales team covering India and Africa.

Mentoring Connie inspired me to support more emerging women leaders. Working with the nonprofit, we formalized a program giving senior members the tools to pursue their passions and transition from university students to global leaders. All told, I mentored 40 emerging women, providing job-seeking skills, job shadowing experiences, and internships.

I did not fathom that giving Connie her first experience outside her rural province would be so empowering and result in a sustainable program that still empowers Chinese women today. The “gender multiplier effect” that started with 40 women in China, if paid forward over 15 years, will impact more than 465,000 lives!

I also use the “gender multiplier effect” at ATHENA International in supporting its vision to create a balance in leadership worldwide. If realized, strategies for creating a “gender multiplier effect” will be required. Already in place are multiple strategies that develop, support, and honor women leaders. I have the awesome responsibility to empower women as leaders from classroom to boardroom and carry out the organization’s vision. For me, it doesn’t get better than that.