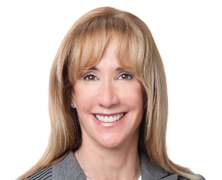 And The Mountains Echoed, by Khaled Hosseini.

Following my law school graduation in 1981, I spent a year as a judicial clerk to the Honorable Catherine B. Kelly, the first woman to sit on the highest court in the District of Columbia. She had been a judge since 1967. Judge Kelly was respected by all. I was about forty years her junior and truthfully in awe.

Judge Kelly was an untraditional mentor. She displayed no partiality for women lawyers. She judged lawyers like cases, on their merit. She evaluated my work in the same way. To this day, I still write legal briefs in the style she taught me over thirty years ago. Whether she knew it or not, Judge Kelly was my role model—an accomplished lawyer who just happened to be a woman. It was empowering to see someone who looked like me in a role of authority. I felt that if she could be successful, I could, too.

Our chambers was comprised of all women: the judge, her secretary, my co-clerk and me. I have never had any other job where this was the case, before or since. Gender was simply not an issue. When I met the secretary’s five-year-old son, I asked him if he wanted to be a judge when he grew up. He looked at me quizzically and said, “I can’t be a judge. Only girls can be judges. Like Judge Kelly.” That was the world he knew. For this young boy, there was nothing unusual about a woman having important job responsibilities outside the home; indeed it was the norm.

The boy’s comment made an indelible impression on me. It taught me how important it is for people—both men and women—to see women successfully holding leadership positions. I also realized that as I progressed through my career, I too could serve as a role model for other women, simply because I had achieved a particular position.

As a result, I have been somewhat of a pioneer throughout my career: the first woman litigation associate at my firm to have a baby and make partner; the first woman managing partner of an Irell office; the first woman who worked full-time while serving as a kindergarten room mom at my son’s school; to list a few examples. Part of what drove me to do these things was the belief that it would be easier for other women who came after me to hold these positions because it would no longer be considered unusual. It would be normal. I can thank Judge Kelly and a five-year-old boy for this motivation.

I credit much of my career success to my education. I was fortunate to attend an outstanding undergraduate institution: Brown University. At Brown I not only received a fine education, I also met people who shaped my life. The life lessons learned at Brown have influenced my values, goals, and ambitions. My academic success at Brown was also my ticket to Harvard Law School. While I often say the two best things about Harvard were getting in and getting out, the fact remains that my Harvard law degree created opportunities for me that might never have been otherwise.

I am asked this question often by the young women at Brown University that I mentor. My advice is always the same: The sky is the limit. You can achieve your goals if you work hard and believe in yourself. The road to a successful career is long and tough, but if you stay the course the rewards are well worth the work.