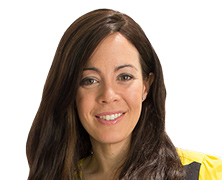 Demonstrate empathy, both personally and professionally.

Capital in the Twenty-First Century by Thomas Piketty

I’m fortunate to be building my career and reputation at a transformative time in the legal profession. Women now outnumber men in law schools, and about a third of attorneys are women. And judges—particularly federal judges—are appointing qualified women to important case leadership positions.

But we still have far to go. Female litigators are defined by their gender—a “woman lawyer” or “female attorney.” They are still fighting to be paid the same as their male counterparts. Men still outnumber women in leadership positions at the country’s top law firms. And, while the universe of female role models is expanding, it has been historically limited by inherent biological issues and social stigmas. Maternal care responsibilities, for instance, remain a problem, despite the efforts of many businesses to implement career flexibility. So, women are forced to make an unfair choice: career or children—not both.

As plaintiff’s co-lead counsel in several of the nation’s largest consumer class action lawsuits, I am required to focus primarily on serving my clients needs. So, while my partner and I want to have children, we have chosen to wait. It’s a choice that I, like many young litigators, have had to make.

I am honored to be selected by Profiles in Diversity Journal as a Woman Worth Watching®, and hope that someday, I can serve as a role model for other female attorneys, as these the following inspirational women—all of them mothers—have for me:

Elizabeth Cabraser champions justice as a named partner at one of the county’s top law firms. She has taken on some of the largest companies for corporate misconduct, with a quiet tenacity and patience that can be jarring to those accustomed to scorched-earth litigation.

Laurel Bellows began her practice by representing women who could not otherwise find legal representation, eventually making a name for herself and becoming president of the American Bar Association.

Congresswoman Kate Porter, representative for California’s 45th congressional district, is a tough-as-nails cross examiner, who has no problem taking ill-prepared officials to task for not doing their jobs.

Elizabeth, Laurel, and Kate demonstrate that women can be successful in “a man’s world” by maintaining their authenticity and never downplaying their intelligence or credentials. These women, along with countless others, have paved the way for younger litigators, like me, to continue to fight for gender equality.