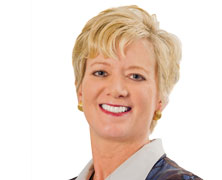 When I entered college in the 1980’s, high-ranking female executives were about as common as four-leaf clovers. However, the face of corporate America is changing, albeit slowly. Today, women are achieving bachelor’s, master’s and doctorate degrees at a higher rate than men, and in areas that were once roped off to women. While the gender gap in occupational opportunity and compensation decreases, there is still much room for improvement. Ultimately, certain attitudes regarding what women can or can’t or should or shouldn’t do must still evolve. But change, as we know, doesn’t always occur at a just speed.

Until relatively recently, young women were often discouraged by family, friends, and educators from seeking non-traditional educational paths like science, law, and finance. There are still some who subscribe to the dated views of gender-based abilities, but much of the stigma associated with educational interests for women has been chipped away, both socially and institutionally. Can you imagine a college counselor in 2012 telling a female student not to pursue a degree in finance because “that’s not an area at which women are proficient”? It is now imperative that this accepted erosion of gender bias more deeply penetrates the mindset of corporate decision makers.

In the meantime, it is critical that parents and educators continue to instill a sense of boundless achievement in young women. The path they take may be different than their male counterparts, but it can be navigated with education. At each level, education adds layer upon layer of occupational and life lessons. Furthermore, the breadth and depth of that education will determine their readiness to face the myriad of obstacles encountered along the way. And while it may seem obvious, it is worth stating: The more education a woman attains, the higher she will climb in her occupation of choice, and empower her to more seamlessly transition into another field if she chooses.

All things are not yet equal, but education can assist in balancing the scale for women who desire to achieve in areas formerly reserved only for men. With the facilitation of an “anything’s possible” environment, women can continue to soar to new educational and occupational heights, leaving outdated attitudes in the past.
No four-leaf clover necessary.